Hello! It’s me again, I decided to sit down and talk about the stress and pressure that inevitably comes along with graduating from college. In one of my my recent posts, I talked about how liberating it is to be finally free from school… But what if I tell you, graduating wasn’t all rainbows and unicorns for me?

When I was still in school, I used to think of graduation as a sweet release from deadlines, annoying professors, and just school in general. For a while, that’s what it seemed to be – I woke up feeling refreshed with 0% of worries but then eventually, real life responsibilities such as getting a job, paying bills, started crippling in. 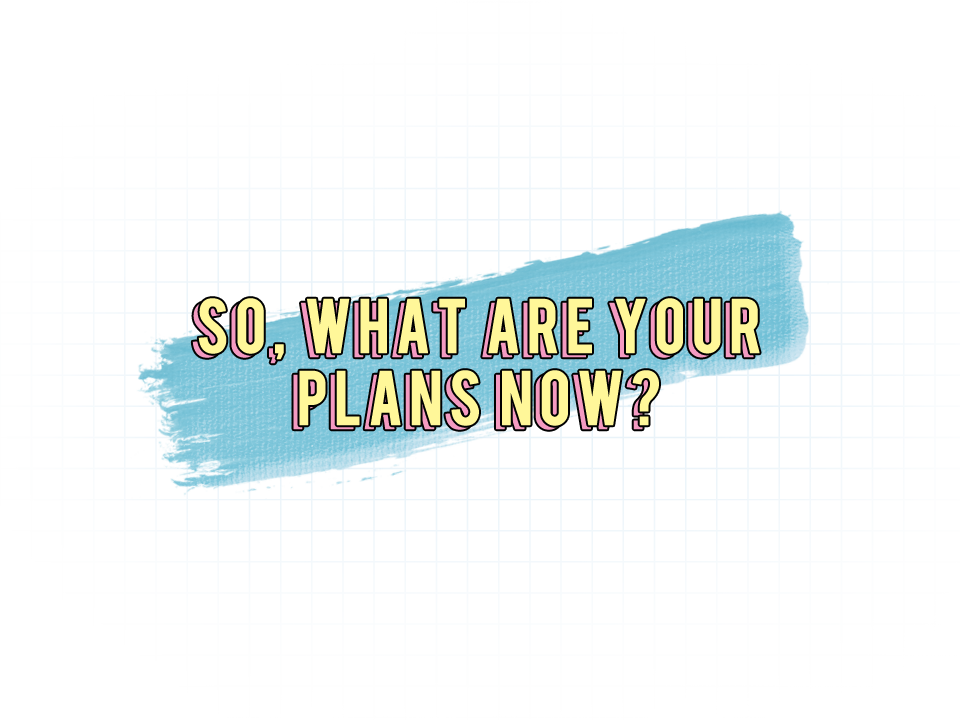 Right after you graduate you will be haunted by one terrifying phrase: “So, what are your plans now?” Some people will have no problems answering that question – they know what they want and they whole-heartedly believe in it. But I wasn’t like some people and I felt like shit for not having a solid plan. I knew what I wanted but I didn’t know where to start.

After 16 years of regularly going to school, following rules, and having your life set for you – you are now completely, totally, in charge of your life. That scared me.

A month passed and I was still feeling the same. I practically had no interest in anything. I couldn’t make myself pick up my tablet. I couldn’t bare to look at my old portfolio because it reminded me of how much I suck as an artist. I would wake up and just stare at the ceiling. I was really lost. I knew things wouldn’t get better if I stayed the same, but that was the problem – I couldn’t pick myself up. So, I disappeared from social media for a while and sulked on my own.

Then one day, I messaged Mikka, one of my good friends, who was still in school at that time. She asked how I was doing and I straight-up told her I was feeling lost and things were overwhelming me a bit. The next morning, she sent me this article from Metro, titled “Why is No One Talking About Post-Graduate Depression?”

I couldn’t believe it, I didn’t think it was a thing. I was so grateful to have read that article because for one, it made me feel not alone. This is one of my favorite passages from the article: “Education is a well-structured system, and the loss of this leaves many graduates feeling as though they are drifting, often too afraid to commit to one solid career field, fearing that it may be the wrong one.” it worded out of my main worries beautifully.

One of the main reasons I disappeared from social media was because, really, no one was talking about it. They all seemed to be living perfect lives. Everyone seemed to be landing jobs, except me. I felt like trash. I lost confidence in myself but because of one article, I didn’t feel so alone anymore. It may sound silly but it felt like all the feelings I had were validated.

From there on, I started gaining motivation. Little by little. It was a crazy ride. My portfolio is still in no way the best, but I’m making progress. Albeit, slow. But you know what they say, “Slow progress is still progress.”

I guess one of the reasons why I found it hard to overcome it is because I also had a lot going on in my personal life. It may be different for you but acknowledging how I felt and talking about it to a friend helped me a great deal, but what really gave back my motivation was knowing I wasn’t alone. You know, sometimes, that’s all it takes. After a few days, I was able to deal with the problem head on. It was also good to have an outlet – during the times I was down, I decided to all the things I missed out on because of school. I might’ve been idle career-wise, but I learned to play the piano, I was able to learn more songs on the ukulele, I got to paint again, I was able to explore my make-up skills, I was able to spend quality time with my family and a lot more. There’s a whole lot of things ahead and I see nothing wrong with improving myself while I try to cope with my own demons.

P.S. Thank you for sharing the article, Mikka. You have no idea how much it helped me. I hope you’re doing well on your own, as well.

The worst enemy to creativity is self-doubt.

nye dump 🥂✨
serving you quarantine weight gain realness (sad girl autumn version) (10 minute version) (taylor’s version) (from the vault) (recorded at long pond studios)
(ﾉ◕ヮ◕)ﾉ*:･ﾟ✧
pink hair dump 💩 please, i feel like a character from a 90s movie bye
seeing my own art on my wall makes me so happy 🥺💖 you guys have no idea how much fun i had making these!! also i just used some washi i had lying around and i think it gives it an extra oomph - i like it, it looks cute.
thank you @carandoughnut for this sweet lil surprise 🥺 these flowers are so pretty!!
Loading Comments...
%d bloggers like this: